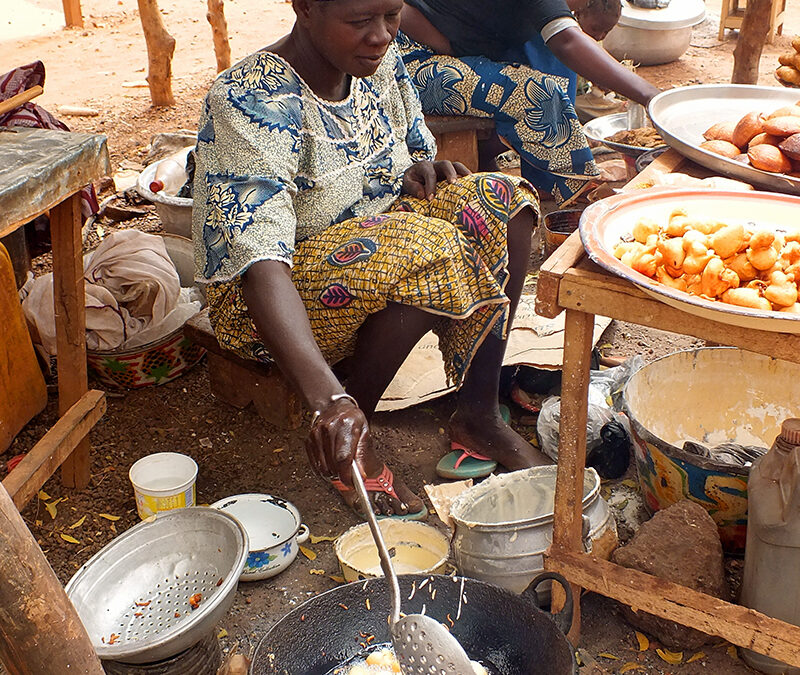 Initiatives to Establish When Alleviating Poverty

Successful economic empowerment – the kind that generates an income, builds self-worth and hope which improves the quality of life – requires understanding and commitment to the work.  It includes new approaches to confront the causes and sustainable solutions that address the unique circumstances contributing to poverty in each community.  Allowing all those in a society to have an earning capacity is one of the keys to alleviating poverty.  When a person can provide for his/her family, he/she has the power to improve the standard of living, the health, nutrition and possibility for education. It also gives them more dignity and a better understanding of self-worth. Lighting the Path’s focus is on economic empowerment of women and all populations who are not given opportunities to earn a wage. They are the ones who can most benefit from education, skills and training that promote income earning, self-sufficiency and value in a society.

Rural women spend more time than urban women and men in reproductive and household work, including time spent obtaining water and fuel, caring for children and the sick, and processing food. This is because of poor rural infrastructure and services as well as culturally assigned roles that severely limit women’s participation in employment opportunities.
Faced with a lack of services and infrastructure, rural women carry a great part of the burden of providing water and fuel for their households. In rural areas of Guinea, for example, women spend more than twice as much time fetching wood and water per week than men, while in Malawi they spend over eight times more than men on the same tasks. Girls in rural Malawi also spend over three times more time than boys fetching wood and water (Figure 1). Collectively, women from Sub-Saharan Africa spend about 40 billion hours a year collecting water.

For these reasons and because rural women tend to underreport their unpaid work as contributing family members, according to available data female paid employment in agriculture is consistently lower than it is for men across the total adult population in developing countries, although it varies greatly by region. The paid jobs of rural women who are employed tend to be shorter term, more precarious and less protected than those of rural men and urban people. The lack of flexible hours to accommodate family work combined with wage and job discrimination and limited representation of women in workers’ organizations are partly responsible for this.
As an Important Source of Livelihoods for the Poorest, Agriculture is a Means to Eradicate Extreme Poverty, Especially for Rural Women
Despite women’s lower overall paid employment rates, among employed women the proportion working in agriculture as opposed to other sectors is usually equal to or higher than the male equivalent. Almost 70 percent of women in South Asia and more than 60 percent of women in Sub-Saharan Africa work in agriculture. The substantial involvement of rural women in agriculture, primarily as unpaid or contributing family workers, highlights the importance of developing policies and programs that address the needs, interests and constraints of women as well as men in the agriculture sector. This includes revamping and strengthening extension systems to be more responsive to and inclusive of women.  Also addressing structural barriers to women’s access to productive resources, and improving financial systems to respond to the needs of rural women producers and entrepreneurs, including to move out of the less productive segments of the rural economy.

On average, women make up about 43 percent of the agricultural labor force in developing countries. Evidence indicates that if these women had the same access to productive resources as men, they could increase yields on their farms by 20 to 30 percent.  This would raise total agricultural output in developing countries by 2.5 to 4 percent, in turn reducing the number of hungry people in the world by 12 to 17 percent. For rural women and men, land is perhaps the most important household asset to support production and provide for food, nutrition and income security. Yet an international comparison of agricultural census data shows that due to a range of legal and cultural constraints in land inheritance, ownership and use, less than 20 percent of landholders are women. Women represent fewer than 5 percent of all agricultural land holders in North Africa and West Asia, while across Sub-Saharan Africa, women average 15 percent of agricultural land holders.

A large body of research indicates that putting more income in the hands of women translates into improved child nutrition, health and education, yet data on child nutrition disaggregated by both rural/urban location and sex are sparse. In all developing regions of the world, rural children are more likely to be underweight than their urban counterparts. From 1990 to 2008, the proportion of children under five in developing regions who were underweight declined from 31 per cent to 26 per cent, yet in parts of Latin America and the Caribbean, and Asia, the disparity between rural and urban children increased. Figure 3 indicates that in South and Central America, rural children are about 1.8 times more likely to be underweight than their urban counterparts; other regions do not fare much better.  Improvements in maternal nutrition, access to water and sanitation and health services, all of which are lacking in many rural areas in least developed countries (LDCs), would also contribute greatly to addressing this situation.

Better Understanding Poverty and Hunger and why people in impoverished countries cannot change their situation without help from people like you!

Because of poor services and infrastructures, people living in poverty are in a system of just surviving. The goal is to shelter and feed themselves and their families with medical care and education even being secondary. Women face even greater obstacles including socially assigned roles limiting employment and income earning opportunities which lock them in cycles of poverty. In impoverished countries women are required to haul water long distances and cut and collect firewood just to prepare food. When they are not allowed to obtain an education and are assigned the heavy workload of caring for children, gardening, harvesting, food preparation and all household duties they do not have the opportunities to perform any activity to earn an income. According to the United Nations Development Program Data, in countries across Africa, women and girls spend two to eight times more hours per week than men in just gathering water.

Farming and agriculture are required in impoverished countries for survival. All members of the family are involved in the efforts with a large burden on the women to grow and obtain food and if there is a surplus available to sell, it will be the husband who sells and manages the money. Sixty percent of women who have an income making activity use agriculture to make money. This activity is contingent on how good of a harvest there has been, but these sales are never certain and cannot be counted as true employment opportunities. These types of cultural norms further limit women’s opportunities, regardless of her efforts and success. Fathers often have the choice to pay school fees to educate their daughters and this is another determinant in future ability and success in being able to break the poverty cycle. When women are given an education they have greater success in finding or making income earning activities and they use this income to raise the family’s standard of living.

The United Nations Women’s Watch data reports that women make up forty three percent of the agricultural labor force in developing countries, but due to cultural constraints on land inheritance and ownership are only five percent of the land holders. If women had the same options of men, their production yield for personal use or sale would increase twenty to thirty percent insuring food, nutrition and consistent income. Evidence shows that females also have restricted access to agricultural needs such as fertilizer, machinery, livestock, improved seed varieties and agricultural education which further limit their success. The greatest disparities are where assistance is greatly needed. The data also shows that increased opportunities for women translate into better nutrition, health and education for their children.

Our focus at Lighting the Path is women’s empowerment in an effort to try and make the most impact toward alleviating poverty and hunger. When we give women training, education and skills to generate income, we are changing their lives and the futures of their children. We cannot do all we do without support from compassionate people who assist our efforts with donations and allow us to accomplish our goals in helping others.