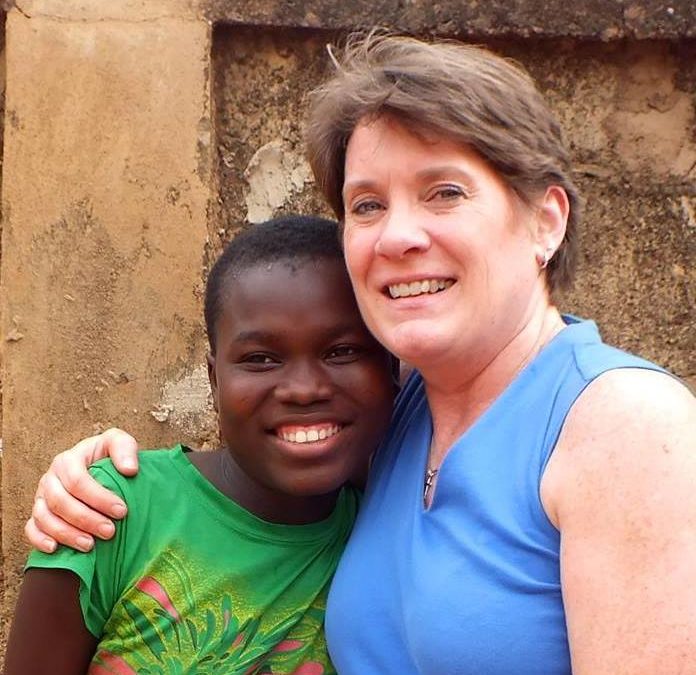 In 2011, after leaving a missionaries’ conference in Africa, Ballwin resident Dawn Malcolm
founded Lighting the Path, because she was inspired to help third world countries on the verge of survival.

This month her efforts will be recognized internationally when she arrives in Monte Carlo to accept
one of five global recipients of the Billion Acts Hero award.
The One Billion Acts of Peace Campaign is an international movement inspiring acts of
peace around the world – one billion acts by 2019 to be exact. It is spearheaded by 13 Nobel
Peace Prize Laureates, including the Dalai Lama, Betty Williams and Rigoberta Menchú
Tum.
Malcolm was honored in the nonprofit category and will receive the Global Hero Award for her humanitarian work empowering women in Burkina Faso, West Africa.

“This whole thing has been God opening doors and, as I say, me stumbling through. This
award is such a God thing that I’ve been recognized, and I’m excited to see what he does
with this. It’s so far beyond me,” Malcolm said.
Weaving cloth mats with a wooden loom, dyeing fabrics with natural indigo compounds and
creating Shea butter soaps are just a few of the practical skills Malcolm teaches native
women, so that they can sell their products to support their families.
“The idea with the mats was for children to roll them up in their huts during the day and sleep
on them at night to keep them out of the dirt. Chickens are in the dirt and they poop in the
dirt, so when the children sleep in the dirt, it gives them a fungus on their heads. They have
to have medicine to treat it, and if they don’t, their hair falls out,” Malcolm said.
Prior to Lighting the Path, missionary efforts in Burkina Faso, one of the three most
underdeveloped regions in Africa, were mostly devoted to well drilling and providing medical
aid. Malcolm, however, felt called to “help people help themselves.” Five years later, Malcolm
is witnessing the fruits of her labor and women she once taught are now teaching other tribe
members self-sustaining skills.

“What I’ve found as I’ve gone on with this, and the more and more experience I have, is that
the most important facet of aid is empowerment – to help people, help themselves,” Malcolm
said. “We are never going to have enough money to buy everything that is needed to end
world poverty, so we’ve got to get those populations involved in helping themselves, too.
Once you teach someone a skill and they can make their own money, they can go and teach
someone else. It’s not just handouts, it’s hands up.”
From malnourished babies who do not live past infanthood, to the death rate in childbirth
ranging from 25-30 percent, the harsh conditions in Burkina Faso do not allow Malcolm to
grow complacent with the work she has already done.
“My hope is that I get exposure and people see what I’m doing because I have lots of plans
and hopes to expand, but I just need a little more funding. I would love to open a women and
teen center over in Africa and have a couple of other projects, like a fortified peanut project
and a production center where the women can make their soap and store their equipment,”
Malcolm said.

She shared a story that reflects her belief in the power of one for the good of all.
“When I was there, I met a little girl who was just skin and bones. I pulled out a protein bar
from my backpack and give it to her, but she just stood there and held it. Even though I tried
to explain to her that she could eat the bar, she didn’t. It wasn’t until five little kids ran over,
that she broke it and gave everybody a piece. She eats a bite, they all get a bite. That’s the
culture there and it’s almost out of necessity,” Malcolm said. “They survive on so little, they
have to share so everyone can make their way.”
Expansion efforts are not limited to Burkina Faso; a local, parallel project aiding homeless
and unemployed women in the St. Louis area is another of Malcolm’s aspirations.
“Looking to expand here may be the biggest opportunity to get more people involved. I’d love
to partner with some people or groups here and start an empowerment center where we can
teach skills or classes, something that can put people in a better position so they can support
their families,” Malcolm said.